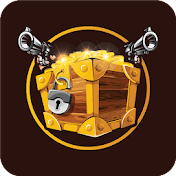 Treasure Wars is the ultimate undergo of massive Battle Royale encounter with an experience of familiar battle locations. With a simple interface, you just jump down into the game, polished real-time multiplayer feature promises you to give a Battle Royale experience!

Treasure Wars is an amazing game if you have a hungriness for winning! Jump right into the top-down shooter experience and find the treasure. Keep it till to the last and the treasure is yours in real life. There will be a bundle data pack, burger, pizza, mobile handsets, etc. as the treasure.

In the Treasure Wars game, you have to collect some necessary Battle equipment right after you start the game. Perform your survival instinct to keep the Treasure with you till the end but don’t forget the monsters and enemies around you! With real-time unique monsters on the ground, your battle royale experience in Treasure Wars

Choose to jump anywhere on the map of Dhaka. Perform a thrilling parachute jumping right after you get into the real Battle. Collect your weapons smartly while you keep surviving as different weapons will give you different accuracy to defeat other players. Also, keep in mind that Monsters coming out of no-where will give you a heavy thrill. Perform your best to defeat the Monsters as there are some, who will uprise your temptation to the peak point. Alongside with deadly weapons, other distinct survival tools are also there to help you to keep your heads up.

With all those blood boiling Battle Royale experience, in Treasure Wars game- players also have to explore their surroundings for treasure; which is always with the Monster initially. If any other player collects the treasure before you do, make sure you find the player, beat him in the battleground and snitch his treasure before the war ends. In a constant shrinking area with a specified safe zone, you will have to follow your survival techniques and instincts with powerful weapons that will show you the way of becoming the real winner.

For the first time in Bangladesh, native locations of Dhaka city on Map like Mirpur, Gulshan, Badda, Sadarghat, Elephant road, etc. will undoubtedly add a different spice in Battle Royale experience. Hunting treasures had never been so exciting as you’ll feel from extracting them right out of deadly monsters!

Fight with other players at your location!

Are you ready for the bone-chilling survival shootout? See you in Treasure Wars Battle Royale!
--